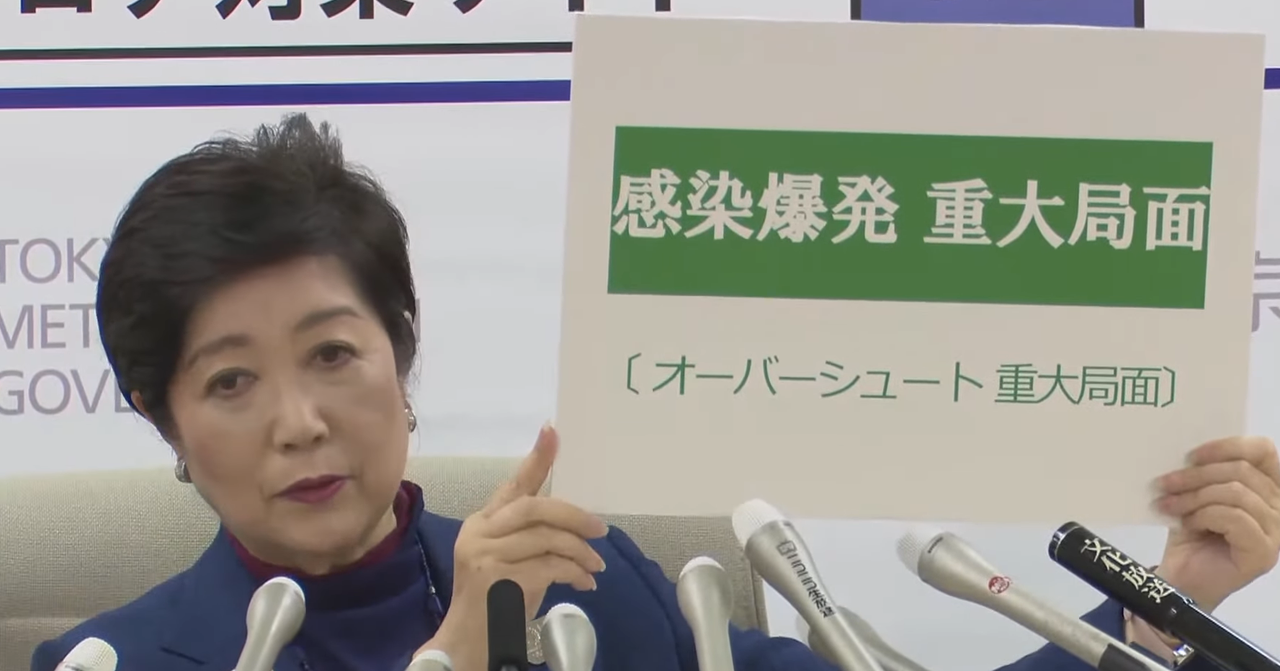 Following last night’s outbreak of the new coronavirus in Tokyo, Tokyo Governor Koike held an emergency press conference, describing the current situation as a “critical phase of infection and explosion” and calling for people to refrain from leaving the city unnecessarily this weekend.


There were also remarks asking people to refrain from participating in events, regardless of whether they are indoors or outdoors, and to refrain as much as possible from gathering with food and drink, even in small groups.


However, there was no mention of compensation for those who work in event businesses and restaurants, which I must say is insufficient.

【Some businesses are now going out of business! 】

According to the Imperial Data Bank’s survey of trends in new coronavirus-related bankruptcies, there were 12 bankruptcies (of which 3 were food and beverage related businesses) nationwide that were affected by the new coronavirus as of this month 23.


If the self-restraint continues for several months across the country, we are seeing a spate of bankruptcies, mainly caused by the new coronavirus.


On the other hand, the Tokyo Metropolitan Government has about 4 trillion yen in funds currently set aside for major projects (such as the Tokyo Olympics and Paralympics) that cannot be covered by the regular annual budget.

This is a national emergency. It is said that the economic downturn and job losses are likely to be as serious as or worse than the Lehman shock in 2008. Now is the time to use these funds!


Let’s look at what we can cut out of this fund and put half of it into cash benefits for low-income people and half into emergency compensation for small event businesses, restaurants, etc. In Tokyo, there are about 50,000 restaurant establishments with five or fewer employees, but even if these establishments were to be compensated 3 million yen each, it would be 150 billion yen.


Gov. Koike , “Let’s all refrain and get over the new corona problem! Please give us concrete economic measures, not just the gutsy arguments!

We have submitted a request to the Minister of Justice, Masako Mori, for “#Standbykids (elimination of sexual crimes in childcare education)”.次の記事 HOMEブログトップへ

"It's too expensive to buy a mas…

◎Government to establish a "men'…