We have submitted a request to the Minister of Justice, Masako Mori, for “#Standbykids (elimination of sexual crimes in childcare education)”. 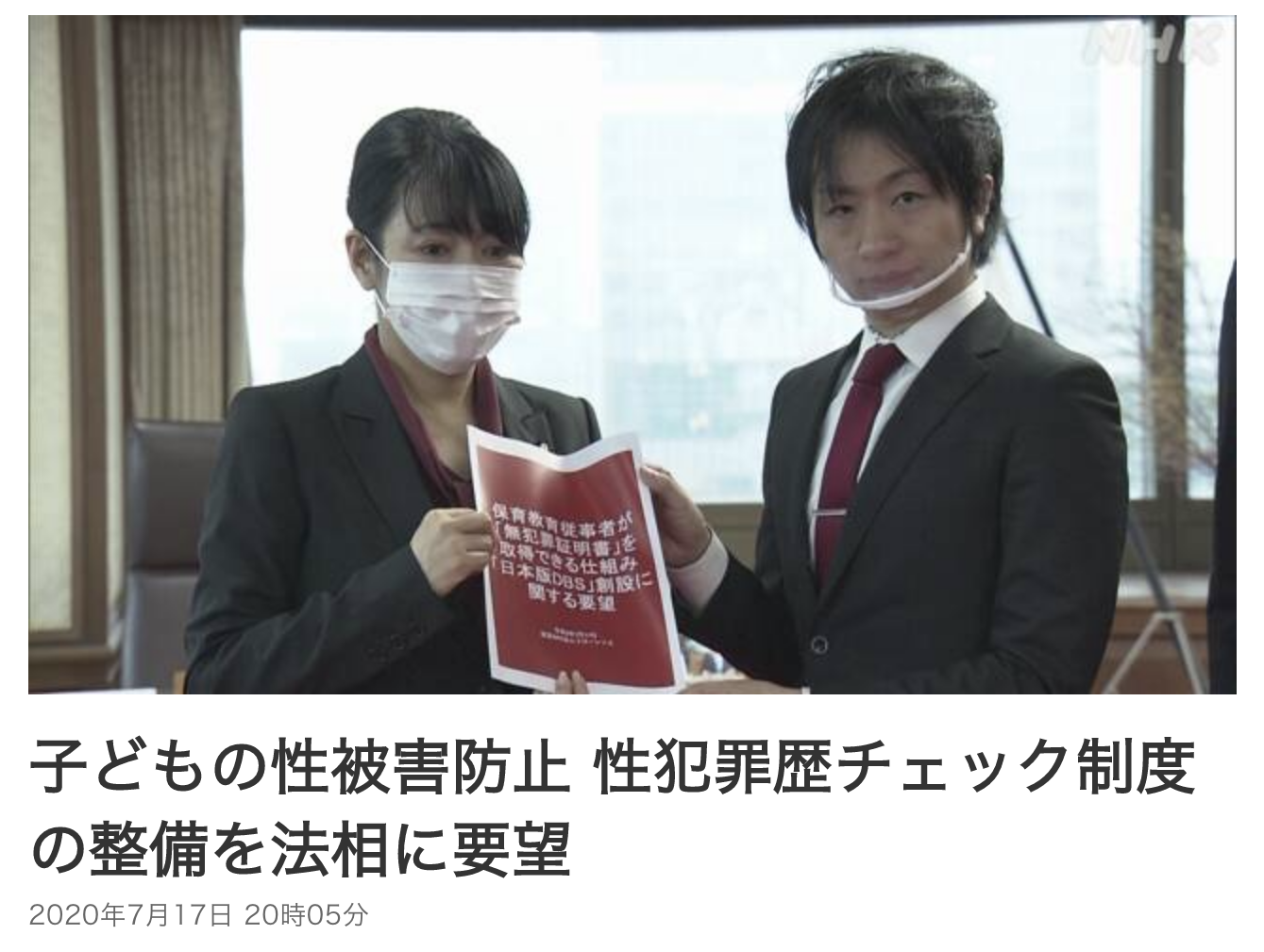 On Tuesday, July 14th, we reported that we held a press conference to call for “#Standbykids (elimination of sexual crimes in childcare education)”, but we were able to meet with the Minister of Justice, Masako Mori, at Mach to make our request directly.

I want ex-convicts of sex crimes to be kicked out of childcare and education related to their children.

– Because the recidivism rate for sex crimes against children is drastically high at 85%, and each sex crime perpetrator produces an average of 380 victims. At the very least, I’d like to see them re-enter the workforce in other professions, not in education or childcare.

But nowadays, even if they lose their license for a crime, they can get it again in three years for teachers and two years for nursery teachers.

You have to ask the police to provide proof of innocence and submit it to the employer before you can be hired (i.e. the Japanese DBS).

This is what I told Minister Mori.

On the other hand, Minister Mori knew all about this, and in fact, she was a politician who was very passionate about sexual crimes. She was a former lawyer.

On the other hand, she was very supportive in providing us with all sorts of guidance on various aspects of her knowledge, as well as on the temperature and issues facing each ministry, which gave us a great deal of insight.

I would like to summarize what I have heard from various politicians and bureaucrats so far.

They told me that when they traveled overseas, they had to submit a certificate of innocence, which was based on the old law establishing the Ministry of Foreign Affairs, and that the police were in charge of operations.

If they wanted to do the same thing, they would need a law. If the Cabinet Office or the Ministry of Health, Labor and Welfare were to create such a law and use the system already in place for domestic operations, it would be possible to do it in a normal way.

In the case of the Ministry of Health, there is a law called the Child Welfare Law, so we can use that law to make the system work.
I think the law should be amended to require childcare workers and other jobs related to child welfare to prove that they are not guilty of a sexual offense when they are employed.

If the law is applied to education, it would be the School Education Law.

In any case, if it can be done by revising the existing laws without making a law from scratch, it would be great if the laws could be revised at the right time, since we are regularly reviewing them.

When you work like this, you learn a lot of things. I think it’s a common pattern that all ministries are aware of the problem, but they don’t know which ministry is in charge of it or how to build it, and the political priority wasn’t that high, so it hasn’t come to fruition, well, this theme, too.

Now, this is when the private sector comes into play, folks.

Recently, with the courageous accusation by Shiori Ito, there has been a movement to speak out publicly about sexual crimes.

But that’s true, isn’t it? Sexual crimes happen to men too. Even if you don’t suffer it, your lover, friends and children are suddenly robbed of their daily lives and dignity one day.

Let’s all speak out and raise our priorities in politics.

I hope that all of you in the childcare and education fields can join us in speaking out to create a more secure workplace. This was triggered by the sad incident at the babysitting platform, but we need to take this opportunity to change the system so it doesn’t happen again.

We will continue to make requests to politicians, so we ask for your support.

Lastly, we are able to do this kind of “super important but does not lead to any income” activity because of the support of our donors, so we really appreciate it from the bottom of our hearts. Thank you for your support.

“It’s too expensive to buy a mask! We received a donation of masks from Zurich Insurance Company Ltd, and delivered them to families raising children and medical facilities.次の記事 HOMEブログトップへ Tokyo should cough up ¥4 trillion in savings to stimulate the economy前の記事

A first for Shibuya Ward! Licens… 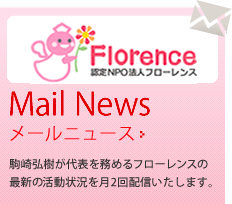