1 in 3 women are violated by their partners in Japan, and I want people to know about the problem of DV. 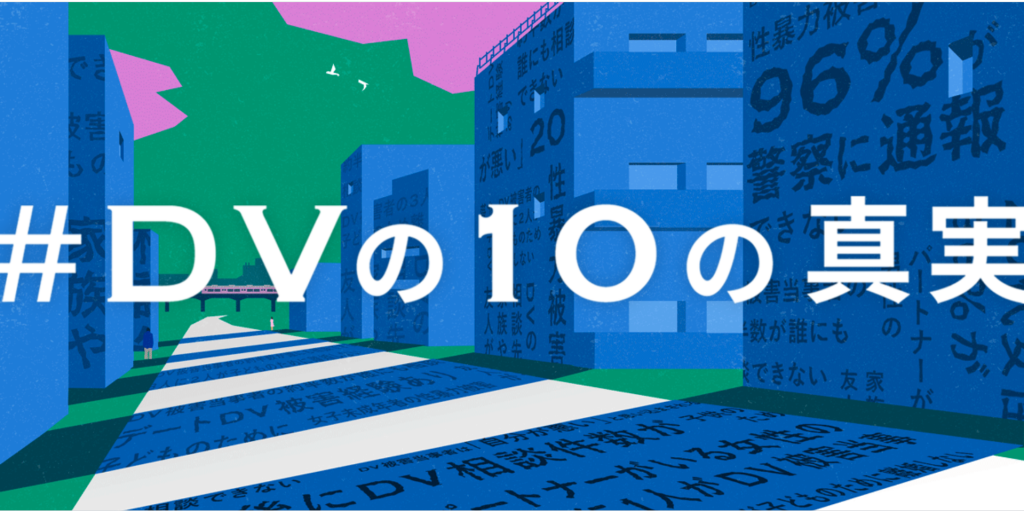 The Social Inclusion Support Center, which provides DV counseling, is running a campaign called “#10 Facts about DV” and hiring DV counselors to help people understand more about DV, and I was surprised to see their website.

31% of women answered that they have received DV by their spouse. In fact, about 1 in 3 women have been violated by their partner.

In Japan, child abuse and DV are two different concepts, but it’s clear that they are connected. For those of us who work in the field of child welfare, DV cannot be separated.

The impact of the Covid-19 is also serious. It is said that the number of  DV cases is increasing all over the world because perpetrators are spending more time at home, and even in Japan, the number of  DV consultations has increased by about 30%.

In the case of the abuse and death of Yua-chan in Meguro, in December 2016, when she was first temporarily taken into custody, she told the child minister’s staff that her mom was also being beaten by her dad. The child minister in Kagawa Prefecture, who handled the case, suspected DV and suggested that the mother and child be temporarily taken into custody, but the mother herself denied any violence, she explained.

The director of the child minister said,

After a interview with the couple, he said, “I felt that she tended to follow her husband’s ideas, but we didn’t reach the decision to protect her. He added, “DV is based on the premise that the couple should seek counseling of their own accord. There is no systematic framework for the government to intervene and provide support, as there is in the case of child abuse, and we are struggling with this.

If it were a tool against abuse, there are still ways to deal with it, such as intervention and visitation, but tools against DV are very weak.

There are many cases where people are unable to divorce for  thinking about their children.

When we asked about the reasons for not getting a divorce, more than 60% of victims of  DV responded that it was for the sake of their children. DV in front of children is also a form of child abuse, with about 80,000 cases of  DV reported annually.

It is no exaggeration to say that DV and abuse are lurking everywhere in Japan, and there is an overwhelming lack of support for these cases. While it is desirable to expand the support for victims, it is also important to increase the number of  DV counselors who can help the victims in front of us.

A first for Shibuya Ward! Licens…

Solve “the barrier of the first…